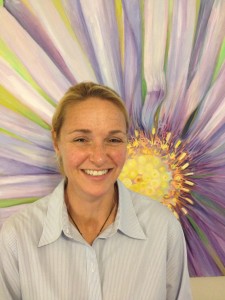 While I was riding along Kelly Drive today, I couldn’t help but notice the change that is suddenly upon us this week.  The leaves before me have lost their vibrancy, their radiance of Summer – their lackluster appearance on this sunny September day reminds me how quickly time continues to move on.  The brightness and warmth of summer is coming to an end as the crispness of fall looms in the background.  Fall foliage, cool morning and evening hours, hay rides and the “tastes” of Autumn can be a welcomed time for many, but for some, the fall season marks a period of time that can be quite uncomfortable due to seasonal allergies.

Commonly called “hay fever” or allergic rhinitis, seasonal allergies are an allergic reaction to a trigger that is typically only present for a small segment of the year (Spring/Fall).  According to the National Center for Health Statistics about 26 million endure chronic seasonal allergies, with about 40 million people suffering only mild seasonal allergy symptoms.  Researchers have also established that seasonal allergies run in the family and they, therefore, have a strong genetic factor.

Allergies occur when the body’s immune system misidentifies a harmless substance as a threat to the body and launches an immune response to battle the threat.  Common allergens (substances that produce allergic reactions) include foods, pollen, animal dander, mold, insect venom, drugs and dust mites.  The immune response generates an inflammatory reaction, usually within 5 to 10 minutes of exposure to the allergen, in an attempt to eject the “offensive substance” from the body, resulting in a variety of symptoms, such as itchy & watery eyes, runny noses, sinus pressure/headaches, “foggy head,” fatigue, congestion, sneezing, and coughing.

A recent study in the Annals of Internal Medicine examined a group of 422 people who suffer from seasonal allergies, who tested positive for pollen allergies and had nasal symptoms such as nasal congestion and a runny nose (rhinitis).  The 422 participants were divided into three groups and the study lasted for 2 months –

The study concluded that the participants from group #1 showed the greatest improvement in their allergy symptoms and also had a decrease in the use of antihistamines.

Diet plays an important role in controlling/managing seasonal allergies.  Sweets, dairy and cold foods all tend to increase mucus production – ice cream, yogurt, milk and cheese are at the top of the list of foods to avoid during allergy season.  When mucus accumulates in the body, allergens stimulate a much stronger allergic reaction.  When digestion is efficient there is less of a tendency for mucus build up.

Decrease, or if you are like me and like a challenge, eliminate dairy and sugar from your diet and see what happens…I bet you’ll feel a lot better and have minimal sinus symptoms!  And your GI system will be much happier!

So, come on in for a “Seasonal Tune-Up” with Dave or Melissa!

I hope this article is helpful to all and I wish everyone an enjoyable, allergy-free fall season!